How Kenya is healing toxic relationship between vultures and people

With their hunched posture, bald heads and their use in cartoons to represent opportunistic greed, vultures are arguably the most misunderstood scavengers. Humans have long considered them to be the outcasts of the animal kingdom, and due to their association with death, they are feared and reviled. Yet, their swift response means carcasses are picked clean before disease particles can take hold.

As large birds of open grassland and dryland habitats, vultures are social in nature and travel over vast areas. As well as having intrinsic value as living beings, they keep habitats free of carcasses and waste, and are arguably nature’s most important scavengers. However, this scenario is fast changing as Africa’s vultures are disappearing at a devastating rate. Today, vultures are among the most threatened group of birds worldwide.

Seven of Africa’s eleven vulture species now find themselves on the edge of extinction, and their decline has been alarmingly rapid over the last 50 years: numbers have fallen by 80-97 per cent depending on the species. There are eight vulture species in Kenya. Four of these, namely the White-backed Vulture Gyps africanus, Rüppell’s Vulture Gyps rueppelli, White-headed Vulture Trigonoceps occipitalis and Hooded Vulture Necrosyrtes monachus, are considered Critically Endangered on the IUCN Red List of threatened species.

Poisoning is a major aspect of human-wildlife conflict in Kenya. In some areas of Kajiado county, particularly those bordering wildlife conservation areas, more than 60% of vulture deaths are due to poisoning. When a predator such as a lion, hyena, leopard attacks and kills cattle, herders retaliate by lacing a carcass with poison targeting the predator. Vultures, which are not the primary targets, are attracted to the poisoned carcass in large numbers. 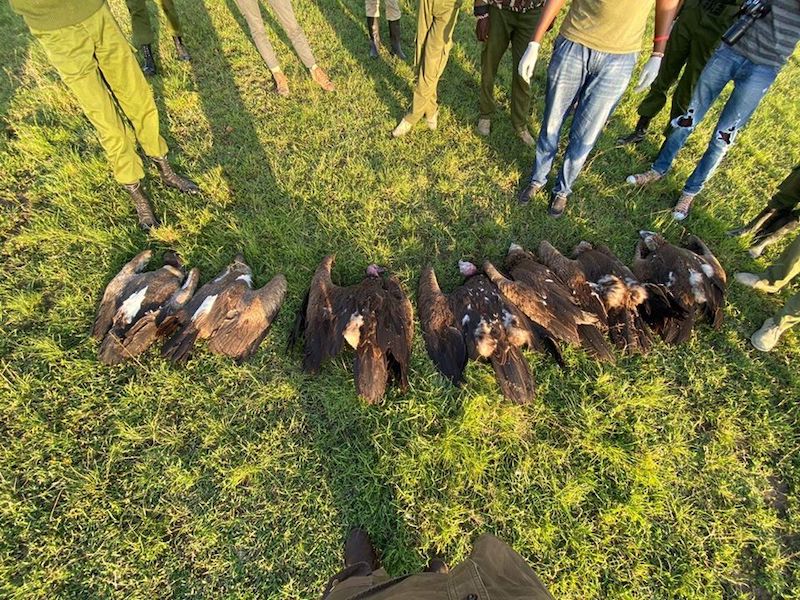 Since August 2019, three wildlife poisoning incidents have been reported, accounting for the death of 54 vultures. In the most recent incident, seven vultures died at the Olerai conservancy, Narok County after they fed on a hyena carcass that was laced with poison. The surviving White-backed Vulture was airlifted to Olderkesi Conservancy where a rehabilitation centre has been set up.

One week prior to this, 17 vultures died following a poisoning incident at the Ilmarba Village, Olgulului Group Ranch in Amboseli, Kajiado County, highlighting the dire need for a mechanism to resolve human-wildlife conflict. The birds consumed a calf carcass suspected to have been laced with poison. According to Ednah Nyambu, Vulture Liaison Officer for Nature Kenya (BirdLife Partner), 18 vultures were affected by the poisoning, but one survived thanks to the early response by Nature Kenya, The Peregrine Fund’s VLO, Kenya Wildlife Service rangers and the Olgulului rangers. At the poisoning site, eight White-backed Vultures were found dead on the ground near the calf carcass, while nine were found dead on top of a tree.

“The one that survived was administered first aid and taken to the Kenya Wildlife Service (KWS) station in Amboseli National Park for observation and recovery,” said Ednah. 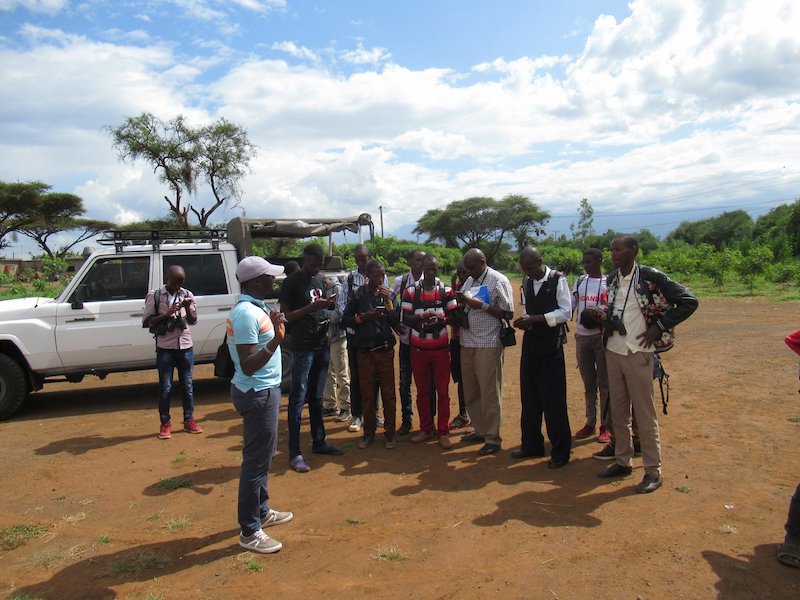 In the first incident, back in August 2019, 30 vultures died after consuming a giraffe carcass that had been laced with poison. These poisoning incidents have continued to spark outrage among members of the public, with some taking to social media to express their displeasure at the manner in which the birds are being wiped out through poisoning. Others are calling for rigorous education of communities bordering conservation sites on the importance of vultures to the ecosystem.

Nature Kenya has been instrumental in conserving vultures in the rangelands. To help curb deaths by poisoning, the organization is engaging communities by employing a community awareness approach with the help Vulture Liaison Officers and Vulture Volunteers, who are well-distributed across Kenya’s southern rangelands. The Vulture Volunteers are located at human-wildlife conflict hotspots, in order to help create awareness on the negative impact of wildlife poisoning and educate the community about the importance of vultures in the ecosystem. They also act as first respondents when poisoning cases are reported, as well as reporting wildlife poisoning incidents to authorities.