If you are driving in the suburbs of Leeds, Manchester, Stoke on Trent or Birmingham this year, look out for one of Britain’s iconic and most threatened mammals. 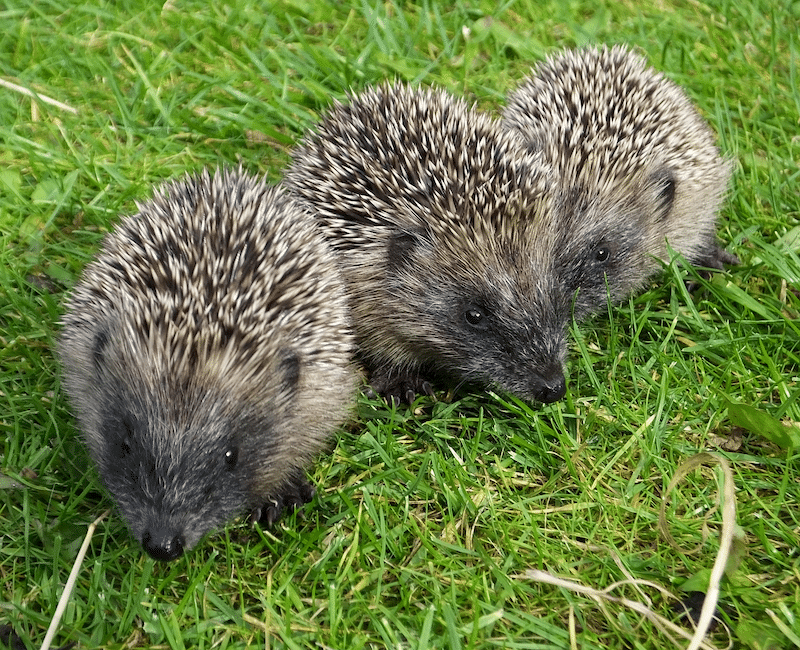 In research just published, the Mammal Society details when, where and why hedgehog roadkill is most likely to occur, with the outskirts of cities in central Britain emerging as particular blackspots. The charity intends to use the results of the project as the first step towards determining whether measures such as reducing speed in hotspot areas would help to reduce the number of hedgehog road deaths.

The research, funded by the Mammal Society, People’s Trust for Endangered Species (PTES) and the British Hedgehog Preservation Society (BHPS), analysed more than 12,500 hedgehog roadkill records. The data were collected over 18 years by members of the public taking part in a range of citizen science projects, including PTES’ Mammals on Roads survey, Cardiff University’s Project Splatter, Hedgehog Street’s the BIG Hedgehog Map and the Mammal Society’s Mammal Mapper.

Britain’s hedgehog numbers are in severe decline. According to the Mammal Society’s latest population review, estimates have reduced from 1.5 million individuals in 1995 to a mere 500,000 in 2018. The most recent State of Britain’s Hedgehogs report, published by PTES & BHPS in 2018, estimated hedgehogs in rural areas have declined by a half, and in urban areas by a third since 2000. Possible reasons for this include: loss of habitat and food sources; increased predation and competition with other mammals; and deaths caused by road collisions.

The latest study found that around 9% of the 400,000km of road in Britain is particularly perilous for hedgehogs. Grassland areas, and the outskirts of urban areas, have the highest risk, and major roads are particularly hazardous, despite forming a relatively small proportion of the total road network. Many of the high-risk locations were in central Britain, southern Wales, the outskirts of London, north-east England, and the Central-Belt of Scotland.

“As well as pinpointing areas of most concern, we were able to identify a seasonal peak in hedgehog roadkills in July: a time when vulnerable young hedgehogs are leaving their birthplace to forage alone.” says Mammal Society scientist, and author of the paper, Patrick Wright.

Patrick continues “The good news is that knowing where and when hedgehog road fatalities occur means that we will eventually be able to target our efforts to reduce hedgehog roadkill. Not just on certain roads but also at specific times of year.”

Fiona Mathews, Chair of the Mammal Society and Professor of Environmental Biology at the University of Sussex, says “We are now focused on finding ways of keeping hedgehogs safe from road traffic accidents. Bridges and tunnels, whilst the most obvious solution, will only be effective where most animals are crossing within a very restricted location rather than over a longer stretch of road. Elsewhere, slower road speeds or the presence of favourable habitat such as hedgerows and grassy verges parallel to, rather than at right-angles to roads, may help to keep hedgehogs safe What we need is for members of the public to help us pinpoint the exact locations of hedgehog roadkills so we can work out the best solutions, which could include installing bridges or altering speed limits.”

Nida Al-Fulaij, Grants Manager at PTES, says: “PTES and BHPS are funding research at Nottingham Trent University into the impact roads are having on hedgehogs. The work will investigate whether particular groups in a population are more at risk, and whether road mortality is severe enough in some areas to cause local populations to become extinct.”

Fay Vass, CEO of BHPS adds: “This research will consider what mitigation can be developed to protect hedgehogs, especially as most of us need to drive and traffic levels are unlikely to change in the near future. This, along with small changes to our gardens and recording sightings of hedgehogs, will help to save this charismatic species.”

All three charities are calling on the general public for help to pinpoint casualties in future. The Mammal Mapper, Project Splatter and Mammals on Roads free apps enable people to record sightings on the go and Hedgehog Street’s BIG Hedgehog Map and PTES’ Mammals on Roads websites collect records online. For more information visit HERE and HERE