How women are leading nature conservation in Lebanon

History has always shown us that there is nothing more powerful than a group of women determined to achieve a goal: especially women in conservation, who are harnessing their forces to protect nature and our future. 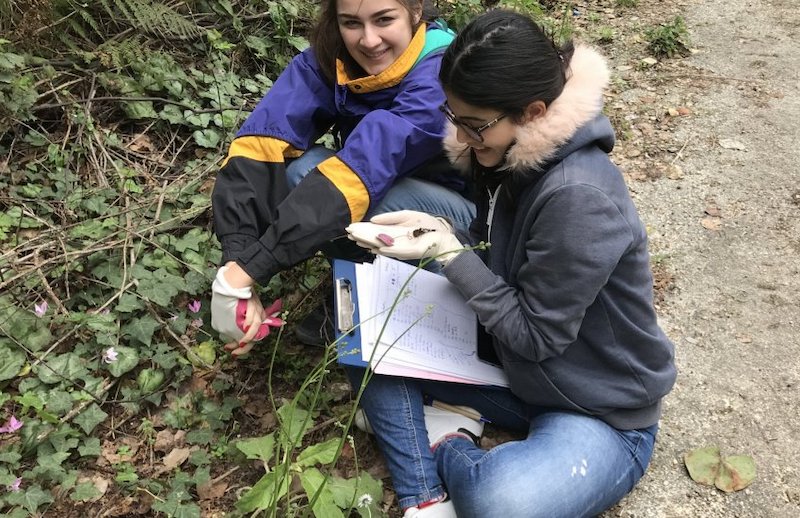 History has always shown us that there is nothing more powerful than a group of women determined to achieve a goal. Nowadays, there are women everywhere doing incredible work for the world at large: especially women in conservation, who are harnessing their force to protect nature and our future.

Despite the fact that women are significantly under-represented in conservation leadership positions in the Middle East, a group of Lebanese women from Friends of Nature (FON) has managed to shine through with many inspiring accomplishments in nature conservation. This female-led organisation aims to preserve natural resources in Lebanon in order to foster lasting, sustainable development. To that end, FON was granted funding from the Critical Ecosystems Partnership Fund (CEPF) to support their project, which aims to protect Jabal Moussa Biosphere Reserve’s beautiful diversity of plants. 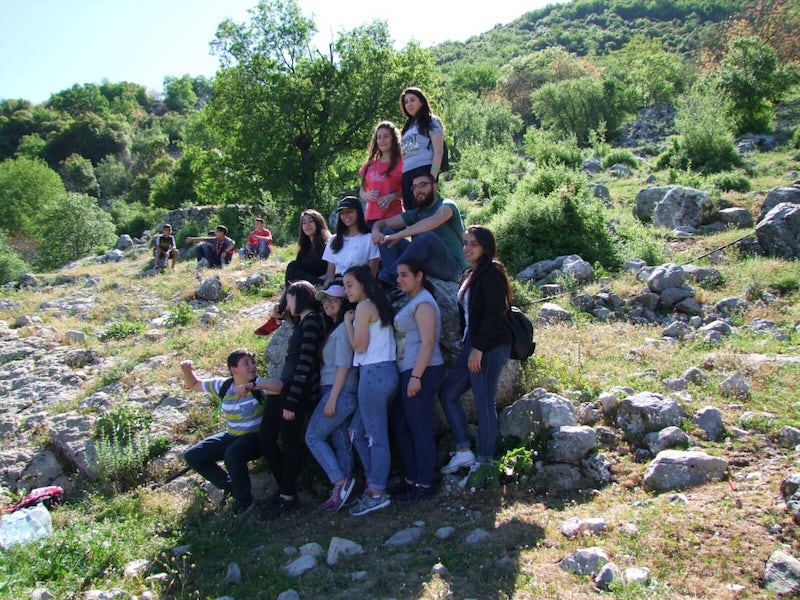 On meeting Myrna Semman – Project Coordinator and Plant Ecologist of FON – last year, it was very clear that she was a force not only for conservation in Lebanon, but for every young woman who dared to dream of a greener future – at least according to the young women in her project team, who also used to be her students.

“Conservation is a life-long calling to help living things fulfill their evolutionary potential. But we cannot truly evaluate the real state of living things without visiting them in their natural habitats and observing them closely in their own ecosystems. Fieldwork is imperative to the formulation of any vision to help nature,” Myrna says.

Her passion for her work is evident in her words. “Fieldwork certainly requires a set of personal skills such as a good sense of direction and quick but rational responses, to say the least. Experience sharpens such skills, which are vital when you are responsible for a team on the field,” Myrna says. “Fieldwork is a world by itself and women have what it takes. I have worked out in the field for decades; I have met some amazing people and seen incredible wildlife, all embracing the gift of life through good and though bad. I advise professional women to engage, the enjoyment is overwhelming!”, she added. 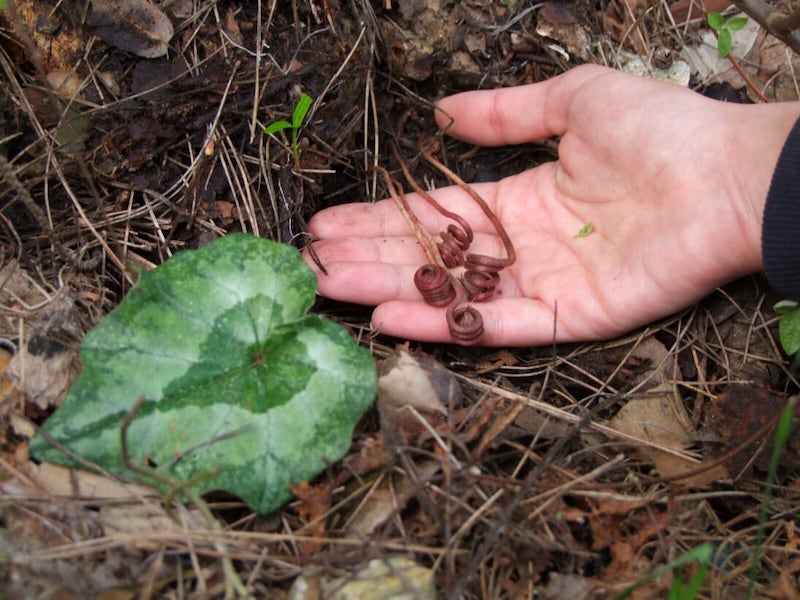 As Myrna talked about what it takes for her to lead a team in the field, Ghiwa Sabbagh, FON’s Biodiversity and Education Officer, stressed the importance of an adventurous spirit, saying: “A woman’s empowerment starts from within herself: overcoming the fears, the prejudices and the stereotypical career options. Working in Jabal Moussa Reserve all day long, despite the harsh natural elements and rugged surroundings, was a challenging step forward. But if a woman believes she can do it, she definitely will be able to.”

Jabal Moussa Biosphere Reserve is rich in the flowering plant Cyclamen libanoticum, which evolved to live in highly specific conditions on the slopes of just one valley facing the Mediterranean. Conservation in the area has benefited the local community in a tremendous way.

Myrna described the species as “a strict lover of shade and humidity”. During their work in the field, they discovered that it is limited to west-northwest-facing slopes, as these are least exposed to sunlight and retain their moisture for longer. Meanwhile, other slopes are totally devoid of this cyclamen. 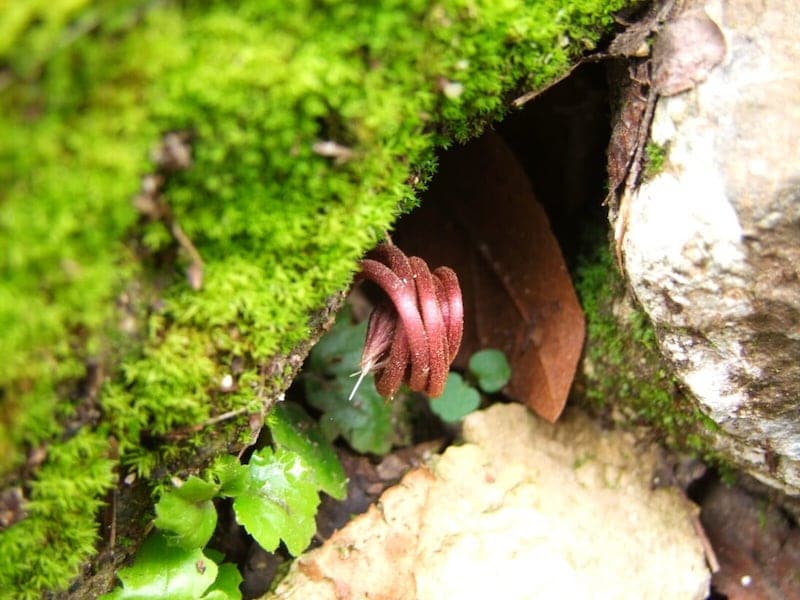 To assess the plants’ fecundity, the team counted the fertilised flowers, which lose their petals and enlarge their ovaries to little red balls. Then, the flower stems coil around the ovaries and shorten until they are embedded in the soil. “It’s appropriate that we had to kneel down to appreciate these marvels and the majestic diversity of strategies plants design to advance their lives. We were delighted by each and every coil – on one hand for its beauty, and on another for the future life it carries, securing the future of the species,” Myrna added.

Working in a rich and vibrant ecosystem such as Jabal Moussa meant facing some challenging obstacles and unimagined surprises for the women of FON: from encountering a baby boar on an early spring day, to climbing rocky slopes, and manoeuvring over boulders and slippery rock faces in order to find the cyclamens carpeting pockets and crevices wherever their bulbs could land. These women did it all. 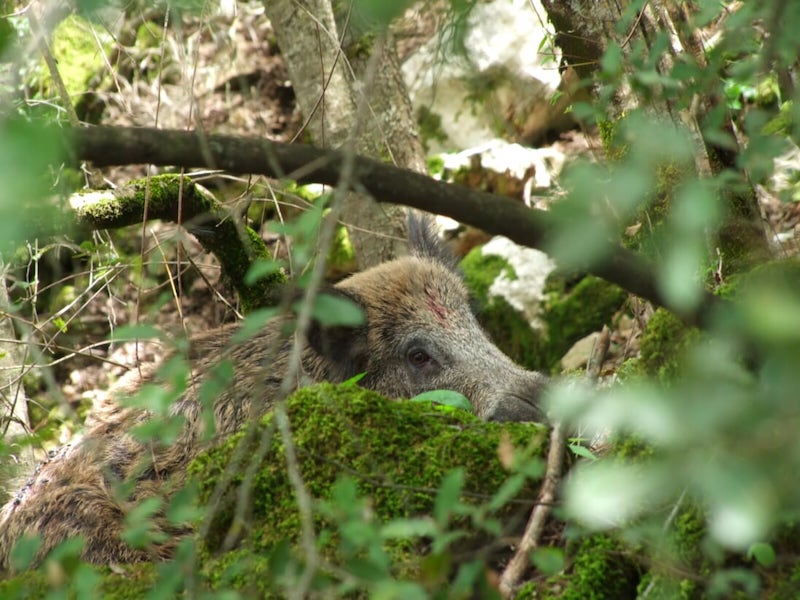 “Female empowerment is not just about selling homemade baking. Female empowerment is women showing that they can: it’s about overcoming, doing what others think they can’t; it is women out in the field and in the mountains, hiking all the way to the top. It’s about women pushing their mental and physical skills to achieve whatever they set their minds to,” says Stacie Moutran, the Project’s Biodiversity and Communications Officer .

For these incredible women, this project was not only about the endemic species – it was about involving the community and filling the huge gap in public knowledge about flora and fieldwork in Lebanon. When they put out the call for volunteers to support their project, they kicked off a full-blown initiative. Enthusiastic responses arrived from different sources: friends, university students and graduates, and even scouts joined the mission to research Cyclamen libanoticum in the field. The day started with a small introduction to the CEPF project objectives, combined with training on the required activity.

FON women were thankful for the support they received from the volunteers, and for the Association for the Protection of Jabal Moussa for leading the establishment of the reserve and offering constant assistance. They also thanked CEPF for: “Providing Friends of Nature with the opportunity to enhance the conservation of Lebanon’s restricted endemics, and for their powerful initiative to help preserve life everywhere.”

Myna concluded, “Nature is the eternal school that teaches the story of existence on this life-giving planet, and we will keep on learning. When we started our CEPF-funded project a year ago, we were sure we had selected plant species that we knew everything about – yet going down to the field and kneeling by every plant uncovered new dimensions and revealed unbound potentials.”