It’s official – the Wren is our commonest bird

In the latest report looking at the size of our bird populations the Wren tops the list with 11 million pairs across the UK. 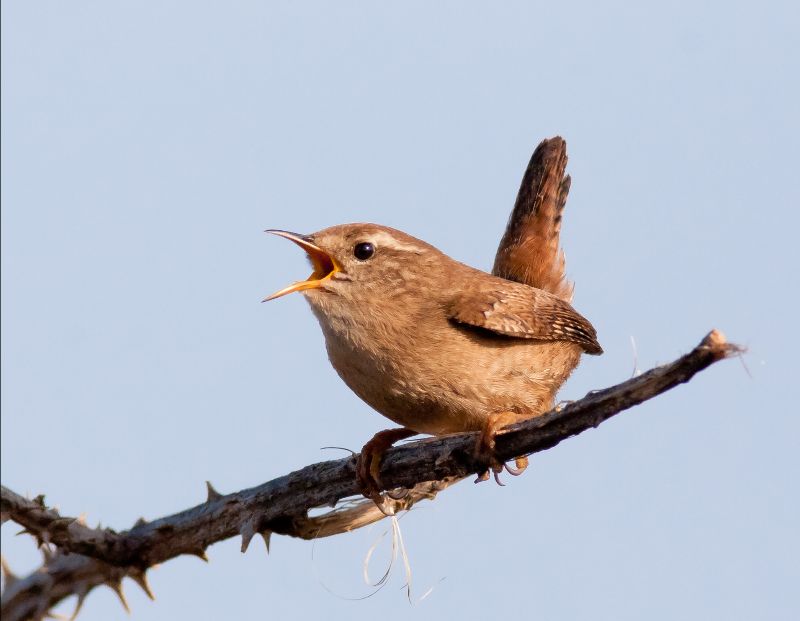 The latest report, Population estimates of birds in Great Britain and the United Kingdom shows that the Wren continues to hold the title of our commonest bird – the last report in 2013 also had Wren at the top of the list but with a population of just over 8.5 million pairs. Wren numbers are known to fluctuate according to environmental conditions and it may be that generally milder winters are benefitting one of our smallest birds.

It is estimated that there are around 85 million breeding pairs of birds in the UK altogether, just over one and a quarter pairs for each of us. This is similar to the last estimate calculated in 2013. There are also 20 species whose populations are more than 1 million pairs.

As always there have been winners and losers. One of the most shocking falls in numbers is that seen by the Turtle Dove, down from 75,000 pairs in 1997 to an estimate of just 3,600 pairs in the latest report, and, there are now no breeding waders in the UK that have a breeding population greater than 100,000 pairs, with Lapwing and Oystercatcher falling below this for the first time.

Almost as surprising is the fall in number for one of our most familiar of birds, the Chaffinch. Since the last report, seven years ago, the Chaffinch breeding population has fallen by 1.15 million pairs – the drivers of which are unclear and need further investigation.

Lead author of the paper, Ian Woodward of the British Trust for Ornithology (BTO), said, “It is great to have these latest estimates of the numbers of our birds. Knowing how many of which species we have is important for many reasons, not least of which is the ability to make better informed decisions when it comes to conservation policy and site management. It is thanks to the thousands of volunteers that take part in a variety of bird surveys that we have the data and are able to produce these figures at all.”