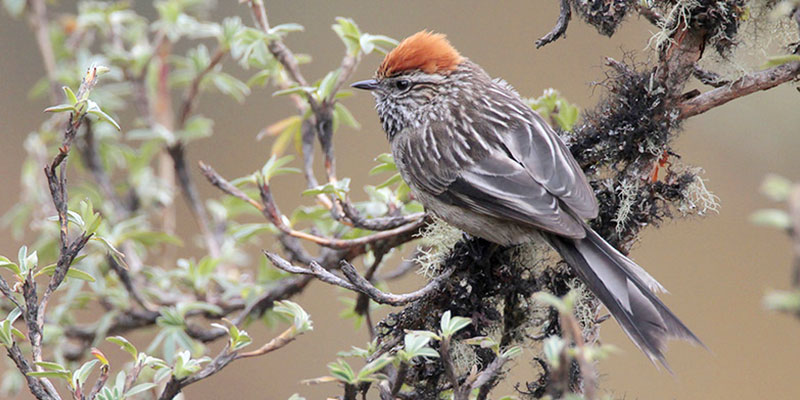 With support from ABC, ECOAN has partnered with more than 20 local communities in the Vilcanota Mountains to conserve ecosystems and improve local livelihoods. They had already established eight other community-managed PCAs spanning more than 18,000 acres, and planted more than 1.5 million trees as part of a massive forest restoration program. This ninth PCA brings the total protected acreage of the Vilcanota Reserve Network to 21,285 acres.

“American Bird Conservancy’s partnership with ECOAN to conserve the Polylepis forests in the Vilcanota Mountains started 20 years ago, continues today, and we are so proud of the results achieved by the local communities,” says Dr. Daniel Lebbin, ABC’s Vice President of Threatened Species. “The recognition of this PCA has been in process since 2011, and is extra special for me personally, as I first saw the Royal Cinclodes with Gregorio Ferro Meza of ECOAN in this area in 2002,” he added.

“This new protected area is vital to help protect water supplies for local communities,” says Gregorio Ferro Meza, who is one of ECOAN’s co-founders and Chief Programs Coordinator. “The area is also accessible via the Vilcanota Trek, which is fast becoming one of South America’s premier trekking destinations and is a true, living, Inca trail,” he added.