Restoring wet meadows to protect the Madagascar pond-heron in Mayotte

Wet meadows are critical reservoirs of biodiversity, but they have declined in Mayotte due to pollution, urbanization and invasive species, among others. Restoration efforts have been ongoing since August 2020 to protect critical breeding sites for the Madagascar Pond-heron. 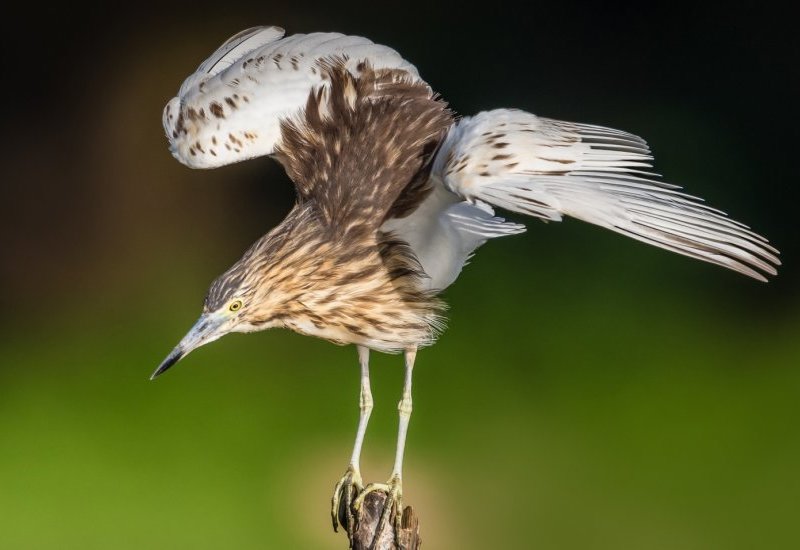 Uniquely identified by its beige brown plumage streaked with black during the non-breeding season, and beautiful white plumage with a vivid blue bill during the breeding season, the Madagascar Pond-heron Ardeola idae breeds only on four islands in the world. The islands, located off the East Coast of Africa namely Madagascar, Aldabra, and two French islands, Europa and Mayotte held about 1 100 breeding birds in 2016 (Rabarisoa & al., 2020).

Due to its low distribution and population decline, the Madagascar Pond-heron is classified as “Endangered” on the International Union for Conservation of Nature (IUCN) global Red List and “Critically Endangered” on the French Red List. Loss and degradation of wetlands that provide ideal breeding and foraging sites for the bird, poaching of eggs and chicks, in addition to disturbance of species are threatening the Madagascar Pond-heron’s survival.

Of the four islands, Mayotte is a significant breeding site, holding the second largest number of breeding pairs, with 279 pairs recorded during the 2019-2020 breeding season. Located in northwest Mayotte is the Ambato lagoon, a vital feeding and nesting site for the Madagascar Pond-heron. Since 2015, Ambato has held significant bird colonies. However, bird colonies have not settled back since 2018 due to site degradation, although individuals keep feeding at the lagoon’s wet meadow.

Consequently, the Association for the Study and Protection of Birds in Mayotte (Groupe d’Etudes et de Protection des Oiseaux de Mayotte, GEPOMAY), began restoring this site in August 2020. Restoration work also focussed on Malamani, a key wet meadow west of Mayotte, within the framework of the European LIFE BIODIV’OM project. 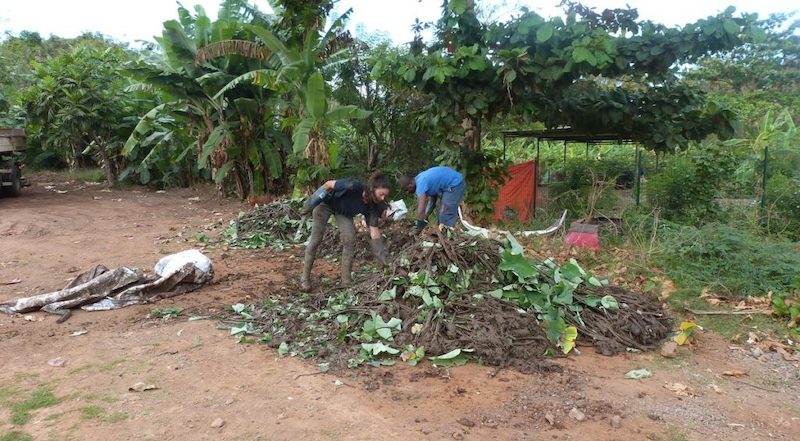 Wet meadows, are critical reservoirs of biodiversity, supporting many species of amphibians, reptiles, insects and birds including the Madagascar pond-heron. In Mayotte, wet meadows have declined due to pollution, infrastructure development, urbanisation, unsustainable farming practices, and invasive species thus affecting the growth of vegetation, critical in supporting biodiversity including birds.

Several environmental stakeholders in Mayotte are involved in Ambato’s restoration efforts, subject to a prefectural biotope decree. GEPOMAY is leading implementation of the Life BIODIV’OM project in the island, and is responsible for carrying out conservation actions to protect Madagascar Pond-herons. Working with two local associations – Jardin de M’Tsangamouji and Mlezi Maore, initial restoration efforts were carried out in August 2020, to prevent the growth of Taro (Colocasia esculenta), an invasive plant species. To date, almost 2,000 m2 – a quarter of the invaded area has been restored. 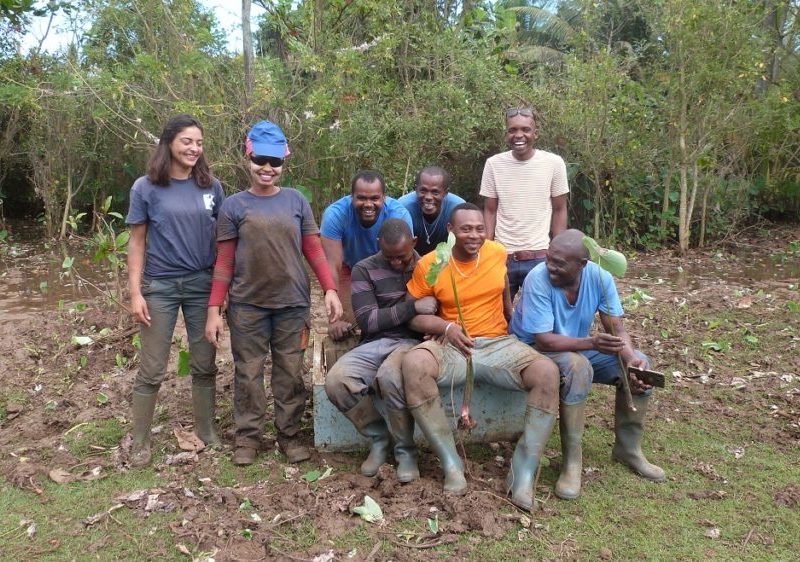 Further restoration work has also been carried out in the Malamani meadow to remove invasive plant species most notably the Candle bush (Senna alata) and Acacia mangium plants. “These restoration actions were a success as indigenous plants quickly colonized the meadows in the following weeks”, says Emilien Dautrey, director of GEPOMAY. According to Emilien, this is only the beginning. “In the near future, we plan to develop partnerships with breeders and set up a more regular rotation of zebus, in order to avoid undergrazing and overgrazing and keep wet meadows in a good ecological state”, he further notes.

Additionally, Jardin de M’Tsangamouji and the Departmental Council will step up waste collection on the Ambato wet meadow. Further, an education panel will be instituted to make public presentations on the biodiversity and ecosystem services provided by the Ambato wetlands. In Malamani, the French Biodiversity Office will continue monitoring the site and issuing tickets for environmental violations, particularly the illegal creation of embankments.

In December 2019, GEPOMAY brought in an employee of BirdLife’s French Partner ‘La Ligue pour la Protection des Oiseaux’ (LPO), to participate in the first mission to tag Madagascar Pond-herons, a world first. His experience in Mayotte and his knowledge of the species contributed to the successful completion of the mission”, concludes Florent Bignon, international overseas project manager at LPO France. Other conservation efforts are being undertaken in Mayotte to save the Madagascar Pond-heron. Through the combination of all these multi-directional conservation efforts it is hoped that the populations of this Endangered bird can be safeguarded.

This work on the Madagascar Pond-heron is a much-needed contribution to implementation of the International Single Species Action Plan for the Conservation of the Madagascar Pond-heron, compiled by the BirdLife Africa Partnership Secretariat and adopted in 2008 under the Agreement on the Conservation of African-Eurasian Migratory Waterbirds (AEWA). Expert advice has been provided to the Life BIODIV’OM project by Rivo Rabarisoa, wetlands programme coordination at Asity Madagascar (BirdLife in Madagascar) and a leading expert on the species.

Download the International Single Species Action Plan for the Conservation of the Madagascar Pond-heron here.

The Association for the Study and Protection of Birds in Mayotte – GEPOMAY, has been carrying out monitoring since 2010 to acquire knowledge on the numbers and phenology of Madagascar Pond-herons in Mayotte. The Mayotte association is also coordinating a National Action Plan in favor of the species (2019-2023) and since 2018 has been implementing a European project, the Life BIODIV’OM, coordinated nationally by the LPO, and in Mayotte by the GEPOMAY. The purpose of this program is to deploy actions aimed at reducing the threats facing the species: fight against poaching, awareness raising to reduce disturbances, restoration and protection of the species’ habitats.

The Life BIODIV’OM is a European project 60% funded by the European Union and coordinated by the LPO. Launched in September 2018 for a period of five years, the main objective of this program is to improve the status of the populations of three species of birds, two species of grouper and one habitat, all threatened, on five overseas territories: the Madagascar Pond-heron in Mayotte, the Reunion cuckooshrike in Reunion island, the White breasted thrasher in Martinique, the Atlantic Goliath Grouper in French Guyana and Saint-Martin, the Nassau grouper in Saint-Martin and the savannahs in Guyana.