Robin flies across the North Sea in four hours

During the autumn months large numbers of Robins cross the North Sea to either spend the winter months in the UK or move further south, in some cases as far south as North Africa. 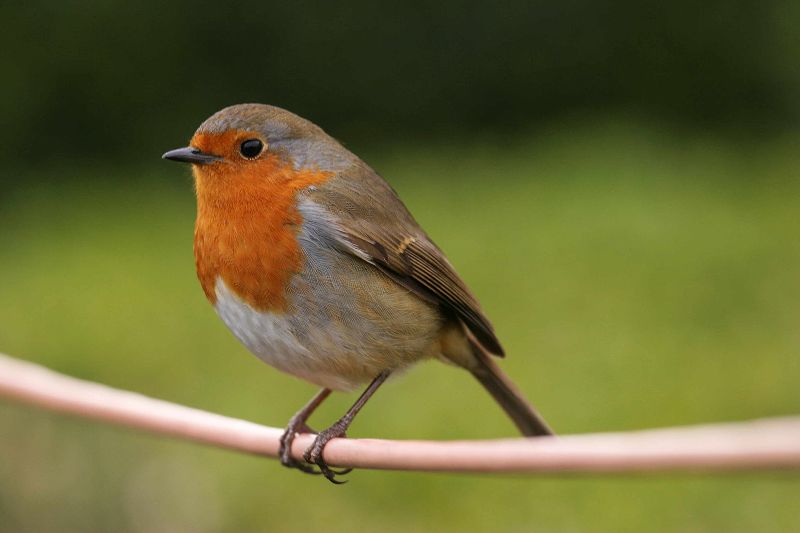 On the 21st October at just after midnight, a Robin, weighing around 19g, finished its 140 mile autumn migration across the North Sea. A non-stop flight from The Netherlands to the Suffolk coast that took about 4 hours. How do we know this? This individual, fitted with a tiny 0.3g radio transmitter on the island of Helgoland to study its migratory behaviour, was the first bird to be picked up by one of the newly installed radio receivers popping up along the English coastline. This is also the first time a Robin has been tracked across the North Sea.

Over the last few years, European and North American scientists have been using “nano-tags” combined with a network of permanent radio receivers to monitor migrating bats and birds that have been caught and fitted with these tags. The tags omit a unique signal that allow individuals to be identified and their light weight allows for many of the smallest species to be tagged without hindering the animals. As these birds or bats pass by the antennas their movements are logged by the receiver, allowing researchers to track these movements.

This summer, six receivers were installed in the UK for the first time, at Spurn Bird Observatory, East Yorkshire, Dungeness, Kent and four in East Anglia, including at Landguard Bird Observatory, where the Robin was picked up. These receivers have been installed as part of a collaboration between Hull University, the British Trust for Ornithology, the Bird Observatories Council, the Bat Conservation Trust, Wageningen University and the Institute of Avian Research “Vogelwarte Helgoland”.

“It’s fantastic that with cutting-edge technology and collaborative research we can now accurately record this incredible journey by one of our favourite garden birds” , Dr Adham Ashton-Butt, a BTO researcher working on the project.

The project seeks to expand their network of receivers across the UK next year, increasing pan-European monitoring of flying animals as they undertake their amazing feats of migration. The findings will further our understanding of the migration of these animals and contribute to their conservation efforts.

Any ornithological, wildlife or conservation group interested in joining the project should contact Dr Alastair Ward via the University of Hull, or the British Trust for Ornithology.