The early bird counts the worms

Humble earthworms are vital for soil health, but concerns are being expressed about declines in their populations. A newly published study by the British Trust for Ornithology (BTO) shows how counting some of our best loved birds reveals important information about the number of earthworms beneath our feet. 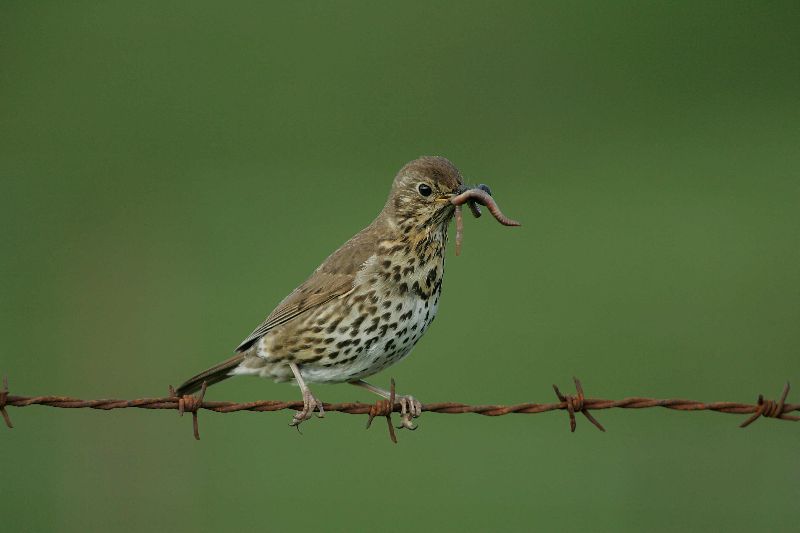 We have very little information on how earthworm numbers and soil health have changed over recent decades. This new study enlisted the help of over 20,000 children from schools up and down the country as part of a project called ‘What’s Under Your Feet’. They dug up small patches of their playing fields in the name of science, and counted how many earthworms they found. The young citizen scientists also counted the birds on those fields.

The results showed that the numbers of earthworm-eating birds, including Blackbirds and Robins, were strongly linked to the number of earthworms present. Importantly, there was no link between earthworm numbers and counts of bird species that do not eat worms, such as Goldfinches and House Sparrows, giving the scientists behind the study confidence in the results. Although there is more work to do, this research opens up the exciting possibility that monitoring long-term changes in the populations of some well known bird species could help us to monitor not only the health of our earthworm populations, but the health of our soils too.

Lead author of the study, Dr Blaise Martay, said “It has been fantastic to see how much children have enjoyed digging up worms! And it is even better that this is paired with providing useful data and interesting results. Wouldn’t it be great if we could establish this as a long-term monitoring scheme to see what’s happening to our earthworm populations and to explore the links between earthworm and bird populations further? And hopefully this project will start many children off on a lifetime of citizen science looking out for our wildlife.”

BTO’s Director of Science and study co-author, James Pearce-Higgins, said “Populations of birds like the Song Thrush and Mistle Thrush which rely on earthworms have been in long-term decline, particularly in southern England. The results of our new study add to the suggestion that a reduction in the availability of earthworms, either due to changing land-use or an increase in the frequency of summer drought conditions, may be partly to blame. We will continue to work to understand more about changes in soil invertebrate populations and how those are affecting our birds.”

The study, entitled ‘Opening a can of worms: Can the availability of soil invertebrates be indicated by birds?‘, is published in the journal Ecological Indicators. Read the paper here.