On March 25, 2019, the American Birding Association bestowed upon Bill Thompson, III, the Roger Tory Peterson Award for Promoting the Cause of Birding – and promote the cause of birding he did for nearly 40 years, with gusto, warmth, humour, and music. Less than 12 hours later, Bill of the Birds succumbed to pancreatic cancer. 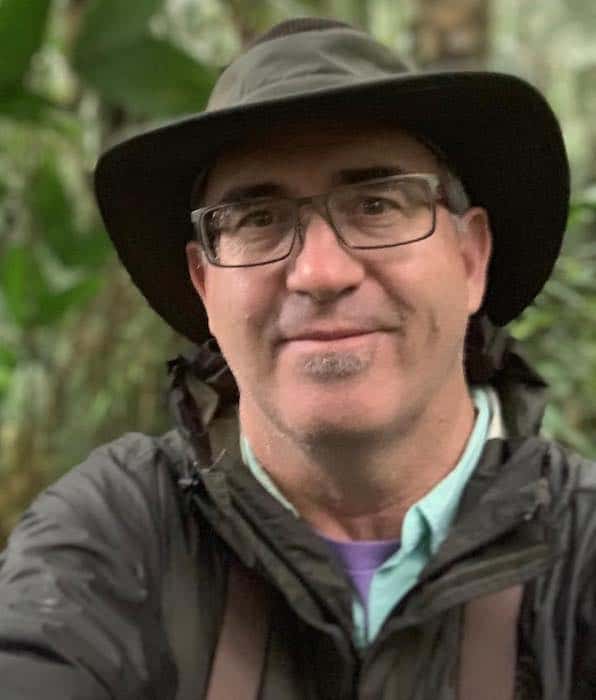 His parents, Elsa Ekenstierna and William Thompson, Jr., founded Bird Watcher’s Digest in the living room of their home in Marietta, Ohio, in 1978, when BT3 was 16 and already a serious birder. In 1989, after college and a stint at a PR firm in New York City, Bill began working for BWD as associate editor, climbing to managing editor, editor, and co-publisher (with his brother, Andy).

A gifted musician (as were both of his parents), Bill often regaled audiences at birding festivals with song, either solo with his ever-present guitar, or with his band the Rain Crows. In 2016, he and his partner, Wendy Clark, wrote and performed “A River of Birds in the Sky” as the theme for Champions of the Flyway, an event and fundraiser to draw awareness to the mass slaughter of migrating birds in Eurasia and Africa. Other popular BT3 tunes were “Dream of Flying Dream” and “Mamas, Don’t Let Your Babies Grow Up to Be Cowbirds.” 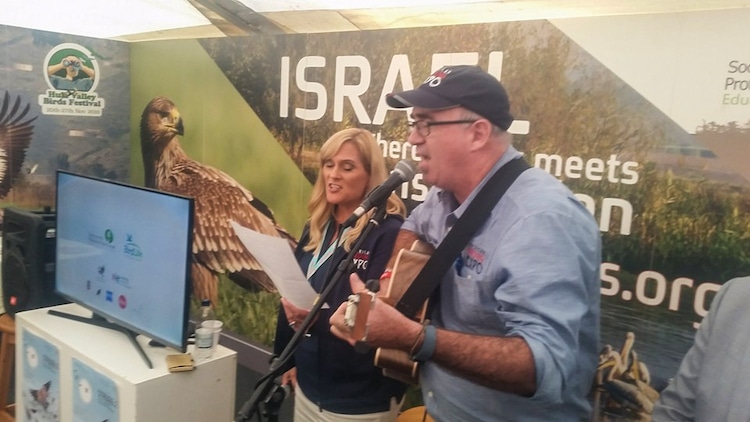 Wendy Clark & Bill Thompson, III, perform: A River of Birds in the Sky

A favoured speaker at birding events, his stories were riotously funny. He was an exemplary bird guide, knowledgeable, warm, and friendly to expert birders, novices, and especially kids. He considered his proudest work to be The Young Birder’s Guide to the Birds of Eastern North America (in the Peterson Field Guide series). He also authored Bird Watching for Dummies, The New Birder’s Guide, Bird Homes and Habitats, Identifying and Feeding Birds, and more than a dozen state and regional birding guides. He co-authored or edited numerous other books, including Identify Yourself and Hummingbirds and Butterflies. He contributed countless articles to Bird Watcher’s Digest and to other publications. 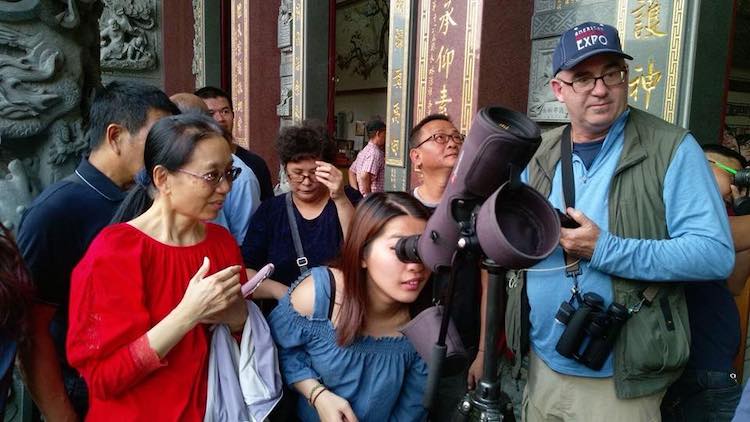 Sharing an owl with non-birders at a temple in Taiwan

Under BT3’s visionary leadership, Bird Watcher’s Digest became more than a magazine, with its sister publication Watching Backyard Birds; a strong web presence including digital editions of both magazines; two popular podcasts; Reader Rendezvous birding tours; and Redstart Birding, an online retailer of birding optics and gear. Withstanding the test of time and myriad changes in the publishing industry, the Bird Watcher’s Digest company remains strong, a testament to Bill’s leadership and vision.

Bill undeniably was at home in the spotlight. But even more, he loved wild birds and wildlife, and deflected the spotlight to them, to protecting them and their habitats. This, along with encouraging others to appreciate birds and the joys of bird watching, is his legacy.

Over many years I used to meet with Bill at the British Bird Fair – often enjoying a meal and pint while swapping birding anecdotes. He was good company and told a good tale with a deadpan face and a give-away twinkle of the eye. I’ve never heard a bad word said against him, you just couldn’t wish to find a nicer fellow. RIP BT3 – Fatbirder