Many years ago, I was told that ‘There is never a wrong time to do the right thing’. I mention that because these are – as we all know – difficult times, and as the world struggles with biodiversity loss, climate change, and coronavirus, getting riled up about a few words might perhaps seem an odd choice for a campaign but that’s exactly what I’m working on at the moment.

Before I explain in more detail, let me give you some background about myself. I’ve been a birder and a campaigner for decades. That eventually led me to work at Lush. The company’s co-founder, Mark Constantine, as I’m sure many people reading this will already know, is a life-long birdwatcher and bird-sound recorder. He had heard podcasts I was making under the Talking Naturally banner, liked the predominantly ethical stance I took (which pretty much mirrored the ethical framework that Lush is built upon), and invited me down to Poole for an interview. It was an opportunity I was never going to turn down. I started at Lush in 2015 and I’ve never looked back…

Roles change in a dynamic business, and last year Mark, Paul Morton (who runs the educational charity Birds of Poole Harbour), and I discussed setting up a new campaigning project based on our shared ethics and concerns about wildlife. After debating why there so few swallows in southern England (insect loss in intensively farmed regions seemed the most likely reason), we decided it should be based on a theme that broadcaster and naturalist Chris Packham had developed in his ‘People’s Manifesto for Wildlife’ which had been published in late 2018: the ‘war on wildlife’.

The remit was and still is broad, but essentially, we wanted ‘The War on Wildlife Project’ to look at the anthropogenic (or human-based) activities that are heavily impacting our wildlife. That has meant writing about UK issues like grouse shooting and fox-hunting as well as global-scale concerns like pesticide use, biodiversity loss and the wildlife trade. It’s serious stuff and it can be a bit disheartening, but there’s nothing like getting stuck in to a campaign to help you feel like you’re doing something – even if the wins might seem a long way off.

Which brings me to a campaign that we’ve just launched through The War on Wildlife Project. It’s called ‘Language Matters’ and it’s essentially all about those words that get me (and many others too, judging by the reaction on social media) riled up! Value-based words and terms used so casually and so commonly that many of us have lost sight of why they’re used and who they are used by: like ‘gamebird’, ‘quarry’, ‘pest’, ‘vermin’, and ‘cull’. 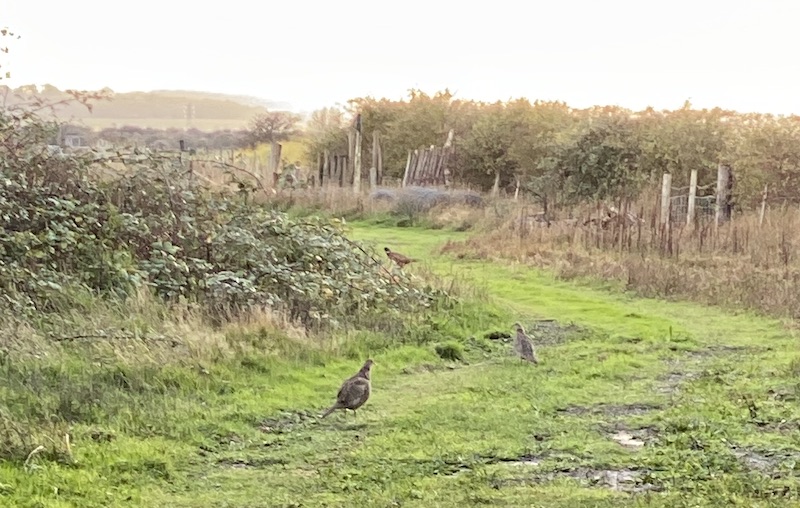 These are loaded and discriminatory words used routinely to describe wildlife and how we relate to them. Or more specifically how hunting and shooting relates to them.

As I said above, I have spent a considerable portion of my life watching and loving birds and other wildlife and I believe that we can do better than describe sentient beings as ‘quarry’. Do better than tip groups of mammals and birds into a box marked ‘game’. Do better than demonise our wildlife as ‘vermin’ or ‘pests’ for simply trying to survive in our nature-depleted countryside.

And a good place to start is by understanding that how we describe wildlife is important. That language matters.

The changes we would like to see will take time. We’re certainly not expecting to change minds from day one but – when it comes to birds specifically – we’d like to persuade birdwatchers to think about what the term ‘gamebird’ really implies (in the same way that Dr Mark Avery got us to think about the start of the grouse shooting season as ‘inglorious’). In time we’d l;ke to see magazines and bird identification books stop using the term ‘gamebird’ all together: it’s lazy shorthand for galliformes handed to us by the shooting industry and we don’t think it belongs in birding. Ultimately we would like to see the legal status of so-called ‘gamebirds’ removed, which will mean involving politicians and building up support for a forthcoming epetition.

If you’d like to learn more about the campaign please go to War on Wildlife and search ‘language matters’, email info@waronwildlife.co.uk, and look out for the hashtag #languagematters on our social media.