Birds of the Western Palearctic 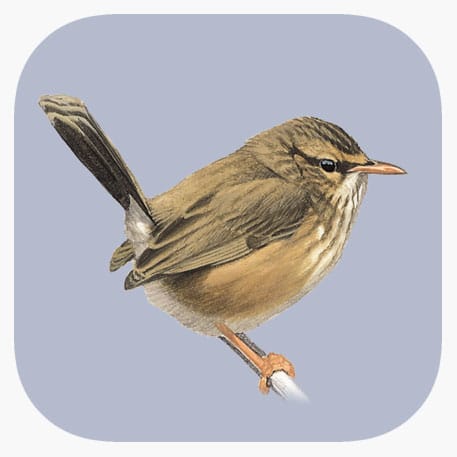 Birds of the Western Palearctic – BWP – is the definitive reference for everyone with a serious interest in birding and ornithology. Fifteen years ago we published all 11 printed volumes on DVD-ROM. Now we have fully overhauled this renowned BWPi for iOS. We have refreshed the design, breathed new life into the plates, added a comprehensive video library, integrated unique breeding birds content and updated taxonomy with new species and splits.

The app covers every species known to have occurred within the region, and we will be updating the app as new species occur (White-chinned Petrel anyone?).

BWP integrates with Collins Bird Guide app so that you can switch between the two seamlessly.

• Species names are translated into 25 languages

The distribution and population data have not been updated since BWP was originally published, and some species have changed significantly since then. Compare species is available on iPad only.

All in all, this is a genuinely phenomenal resource. Many will have no doubt been hoping that, after the publication of the Collins Bird Guide app in 2014, an app for Birds of the Western Palearctic might follow – and now it is here. Retailing at the stunningly reasonable price of £34.99, this app is making a hefty and expensive set of books, which to this day cost hundreds of pounds, entirely accessible and affordable. It is a brilliantly produced, real leviathan of an app and will deservedly become a firm favourite with birders worldwide, and not just within the treated region.

Fifteen years after BWP was published the app has actually built on the vast store of knowledge, updated and added in a way that is just astounding. More than a thousand species are covered and nearly 90% have video footage as well as line drawing, distribution maps, songs and calls and all the rest covered in that giant tome and classic work which still graces my library shelf.  To old heads like mine being able to fit all that and more into my pocket on my iPhone is quite shocking. I was born just a few years after the start of the atomic age, witnessed humanity’s giant step into space and remember when it took a whole, huge room full of whirling tape wheels to work out the wages of a factory’s workers. My first computer had less memory and capacity than my youngest grandchild’s fitbit!

Roberts guide to Southern African birds is quite similar in scope and the app for that has many similarities.

Even if I were no in awe of what can now be achieved with a tiny hand-held device I would still be mightily impressed with just how much work must have gone into updating some of the contents, let alone rendering them into a tech miracle. Having said that, homage is paid to taxonomy then and now with splits and lumps often show both as new species entries and within older taxonomic entries. As taxonomy changes are accepted plans are there to constantly update. Dated entries no doubt remain, but with the promises of constant updating these will resolve over time.

There is so much information on this app that it has two distinct uses – an ID guide and a reference library. I’m already using it in the field on my iPhone to supplement my Collins Bird Guide – particularly for species I rarely see like passing honey buzzards or scarce migrants. I’ve also loaded it on my iPad so as to more easily browse when at home to look at breeding data, information about habitat and all the rest, as well as the ability there to compare similar or confusion species. I am still mightily impressed with just how easy it is to use on either device.

I could go on, but at the price no European iPhone using birder should pass up the chance to acquire this app. Given that it will be updated, and that no self-respecting Euro birder would be without their Collin’s you’ll never need another field-guide or reference work!