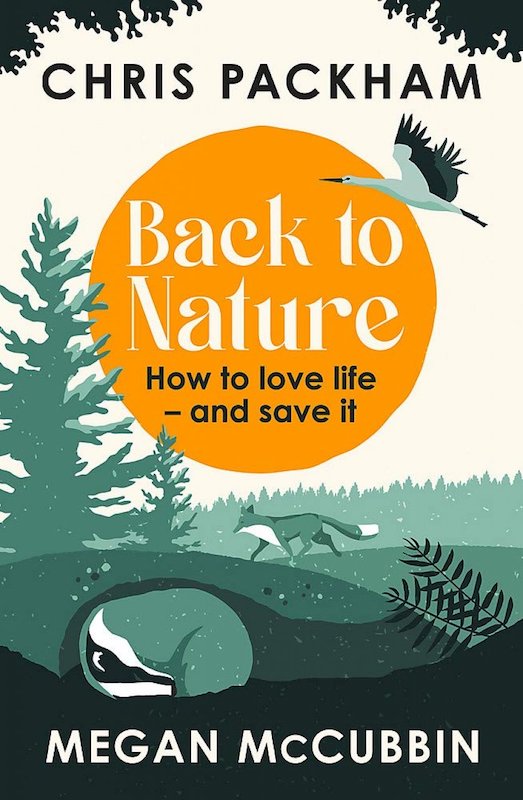 One thing has become clear this year – we need nature more than ever. And it needs us too.

From our balconies and gardens to our woodlands, national parks and beyond, Back to Nature captures the essence of how we feel about the wildlife outside our windows. Through personal stories, conservation breakthroughs and scientific discoveries, it explores the wonder and the solace of nature, and the ways in which we can connect with it – and protect it.

Chris Packham is one of the UK’s leading naturalists and wildlife TV presenters inspiring audiences young and old to take notice of, get involved with and care for our natural environment. He is currently the leading host of BBC 2’s Springwatch, Autumnwatch and Winterwatch. His autobiography, Fingers in the Sparkle Jar was a number 1 Sunday Times bestseller and a Radio 4 Book of the Week. As a campaigner, Chris is a vociferous opponent of the badger cull and has called for the banning of driven grouse shooting. In April 2014 he and a small production team headed to Malta and the front line of the spring shoot. Their campaign ‘Massacre on Migration – Malta’ highlighted the illegal slaughter of migrating birds via daily video blogs for which they received the Green Ribbon Political Award from CIWEM. In October 2016 Chris earned the top honour at the Wildscreen Panda Awards – The Christopher Parsons Award for Outstanding Achievement – in recognition of his significant contribution to wildlife filmmaking, conservation and the public’s understanding of the environment.

Megan McCubbin is a zoologist, wildlife TV presenter, conservationist and photographer. Her interest stems from a childhood growing up in and around the Isle of Wight Zoo, which specialises in the rescue and rehabilitation of ex-circus and pet trade animals. She most recently presented Springwatch, alongside Chris Packham, and is the founder of The Self-Isolating Bird Club on twitter, and co-founder of Wildlife Rebellion. A keen photographer, in 2019 she was appointed as the coordinator and judge of Young Bird Photographer of the Year.

Fatbirder View: This will be a sort of ‘half a review’… unusually for me I am so enjoying this book that I’m allowing myself just a few pages a night. It offers both opinion and fact but doesn’t conflate the two and that is rare in itself. Naturally, apart from the love of poodles I share a lot in common with Chris. He loves facts however random, although he retains them, whereas in researching my books they tend to get filed under ‘not needed on voyage’ after I’ve used them. Like me he is passionate about conservation and angry about the entitled and ignorant despoilers of habitat everywhere. There is plenty of, what I would call, gentle vitriol expressed against the selfish and wilful, whether they be careless hunters, shoot managers, chemical farmers and the rest. Alongside these passages are vignettes of nature and its charm. It is obvious that many of these entries are from his co-author and step-daughter. She has clearly soaked up his love of and fascination for nature, although we already knew that from the lockdown Spring and Autumn Watch programmes. Their collaboration is informative and entertaining and gives not just food for thought but fuel for our inner fires in the long battle for the environment.

I’ll leave it there. I’m sure almost anybody that cares about and loves nature will find a lot in this read. I suspect many will, like me, let it be their equivalent of listening to the Archers every night. A regular, if brief sojourn in the English countryside.