Australia – The Incredible ‘Land Down Under’

Australia – The Incredible ‘Land Down Under’ and How to Bird It!

The huge continent-country of Australia is the oldest, flattest, and driest inhabited continent in the world, with a wide range of landscapes from deserts to tropical and temperate rainforests, and numerous dry eucalypt forest-types (e.g. mallee and mulga). The Australian bird list stands at almost 1,000 species with over 350 endemic birds and several endemic families, making it a must-visit destination for world birders. For those with a wider interest in natural history Australia also offers an incredible array of endemic mammals, reptiles, and amphibians from numerous endemic families.

When approaching Australia, there is one thing to keep in mind – the country is huge, approximately the same size as the United States of America and the key is to not bite off too much in one go, as tempting as it might sound to cover as much as possible in one trip! The best approach is to divide the country into different sections, each having localized specialties as well as the more widespread species. 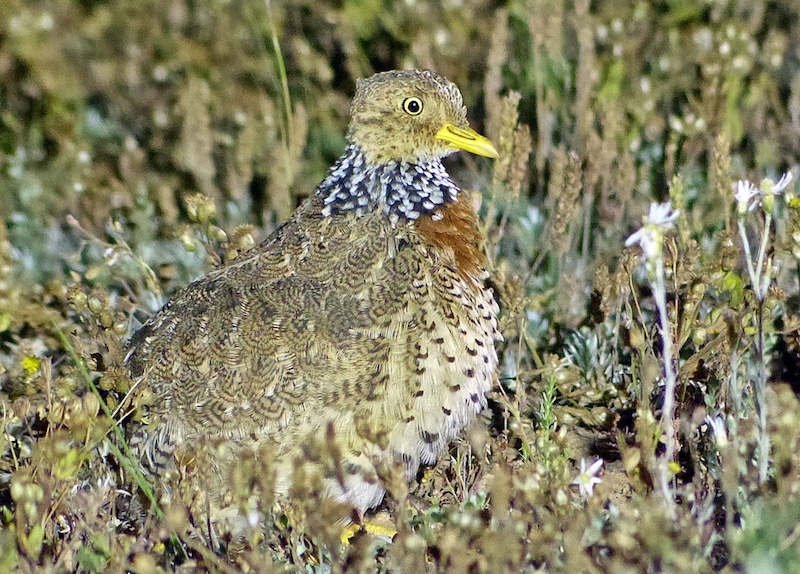 The Critically Endangered Plains-wanderer (Pedionomus torquatus) forms a monotypic endemic family; its closest living relatives are the seedsnipes of South America, it is also best found at night!

A great place to start for a first-time visitor is Eastern Australia. A three-week trip taking in the southeast (the state of Victoria) and the south and north of Queensland (including The Great Barrier Reef), exploring the wide-range of habitats can yield around 400+ species, the vast majority endemics, and includes the highly sought-after Southern Cassowary (Casuarius casuarius), Plains-wanderer (Pedionomus torquatus), Malleefowl (Leipoa ocellata), Superb Lyrebird (Menura novaehollandiae) – one of the best mimics in the world, Buff-breasted Paradise Kingfisher (Tanysiptera sylvia), and Paradise Riflebird (Ptiloris paradiseus), along with many Australian robins, whistlers, bowerbirds, birds-of-paradise, raptors, owls, fairywrens, and so many parrots it’s hard to pick a favourite, though Major Mitchell’s (Pink) Cockatoo (Lophochroa leadbeateri) is always popular. Australia really is the land of parrots! 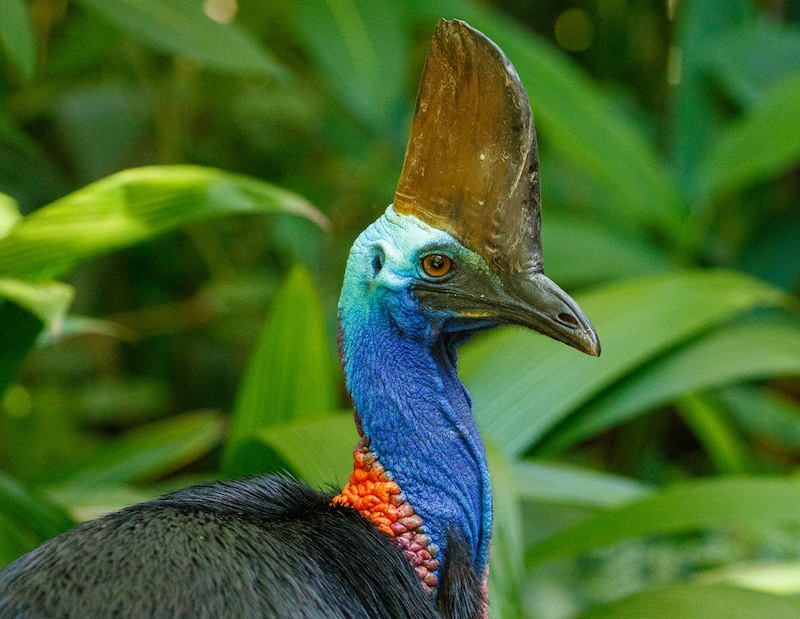 From the east of Australia, it is a quick flight south to the island state of Tasmania and a short stay of just under a week offers plenty of time to explore this very different (very green) part of the country, and is an ideal place to add-on to an eastern trip. Tasmania is home to two of the rarest birds in Australia, Orange-bellied Parrot (Neophema chrysogaster) and Swift Parrot (Lathamus discolor) – both Critically Endangered (BirdLife International), along with desired endemics such as Forty-spotted Pardalote (Pardalotus quadragintus), Scrubtit (Acanthornis magna), and Strong-billed Honeyeater (Melithreptus validirostris) plus other great birds like Shy Albatross (Thalassarche cauta), Little Penguin (Eudyptula minor), and Hooded Dotterel (Thinornis cucullatus). 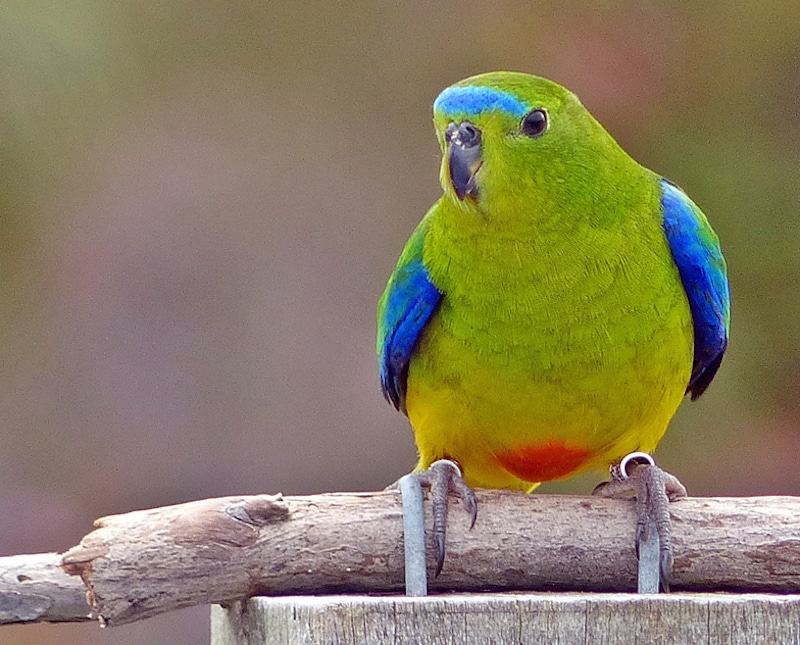 Orange-bellied Parrot (Neophema chrysogaster) is a rather handsome bird but is now extremely rare and as such is classified as Critically Endangered by BirdLife International.

The north, centre, and west of Australia are very different to the east, with yet more amazing species, and just over three weeks affords ample time to gain a thorough sample of the birds and wildlife of these regions. The ‘Top End’ (a circuit out of Darwin) of the Northern Territory exploring the monsoon forests, mangroves, and vast waterholes, offers specialties galore like Gouldian Finch (Chloebia gouldiae), Rainbow Pitta (Pitta iris), and Hooded Parrot (Psephotellus dissimilis). It also allows for exploring the magnificent Kakadu National Park (a UNESCO World Heritage site), with its amazing rock art, sandstone cliffs, and associated birds like Sandstone Shrikethrush (Colluricincla woodwardi) and Chestnut-quilled Rock Pigeon (Petrophassa rufipennis), with honeyeaters, waterfowl, parrots, and raptors galore. 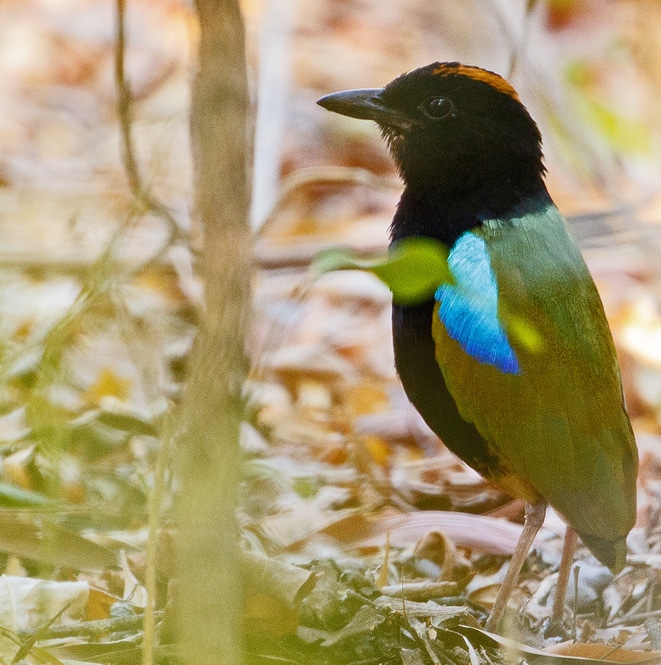 Restricted to the ‘Top End’, Rainbow Pitta (Pitta iris) can be found in monsoon forest near Darwin.

Dropping south from Darwin to Alice Springs a birding circuit of one-week around the Red Centre and Uluru (also known as Ayers Rock) is the perfect option for picking up a suite of desert birds such as Spinifex Pigeon (Geophaps plumifera), Budgerigar (Melopsittacus undulatus), Spinifexbird (Poodytes carteri), Rufous Grasswren (Amytornis whitei), Rufous-crowned Emu-wren (Stipiturus ruficeps), Banded Whiteface (Aphelocephala nigricincta), Gibberbird (Ashbyia lovensis), and the simply stunning Splendid Fairywren (Malurus splendens), along with plenty of other range-restricted birds of the hot and dry interior. 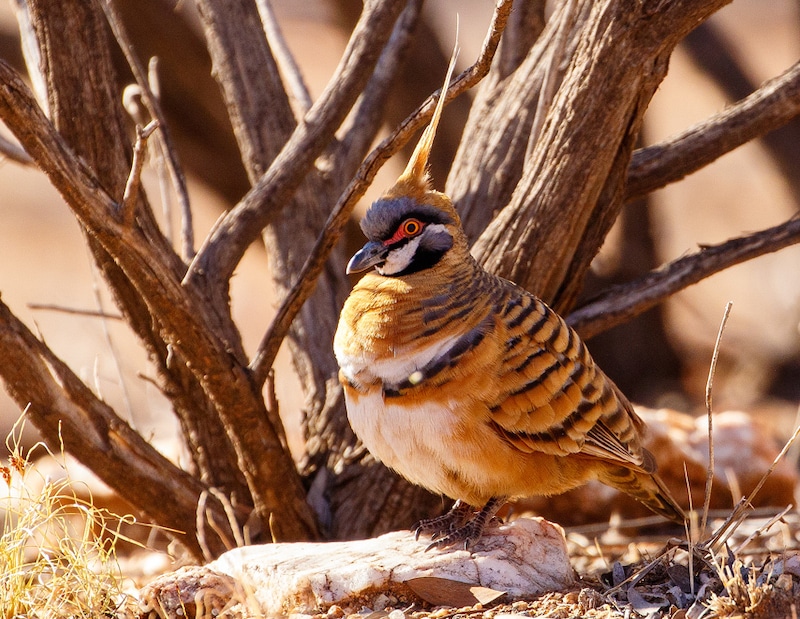 Western Australia is another key area for visiting birders, the southwest of the state shares vegetation more akin to South Africa and has been isolated from the rest of Australia by deserts and ancient waterbodies for many years allowing for a unique avifauna to evolve, including one of Australia’s toughest birds to see – Noisy Scrubbird (Atrichornis clamosus). Some of the other exciting regional endemics that can be found in a 10-day circuit south from Perth involve numerous parrots (Red-capped Parrot, Purpureicephalus spurius being one of the gaudiest in the country), plus exciting species like Western Spinebill (Acanthorhynchus superciliosus), Western Bristlebird (Dasyornis longirostris), Red-eared Firetail (Stagonopleura oculata), and Black-throated Whipbird (Psophodes nigrogularis) to name a few, along with more fairywrens, whistlers, and Australian robins. 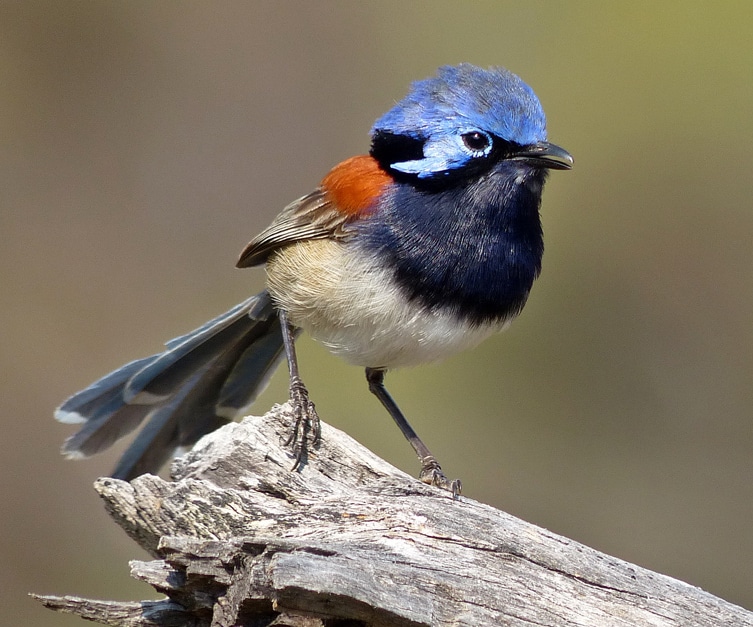 Blue-breasted Fairywren (Malurus pulcherrimus) can be found in southwestern Australia and is one example of a gorgeous family found across Australia.

Australia is a wonderful birdwatching destination, some birds and wildlife are nice and easy to find, such as the iconic Laughing Kookaburra (Dacelo novaeguineae), others require experience and local knowledge (e.g. Red-lored Whistler, Pachycephala rufogularis) because many of the species are nomadic and move around depending on the weather. To get the most out of a visit to this huge country a tour with an experienced guide is highly recommended, such as those outlined here. 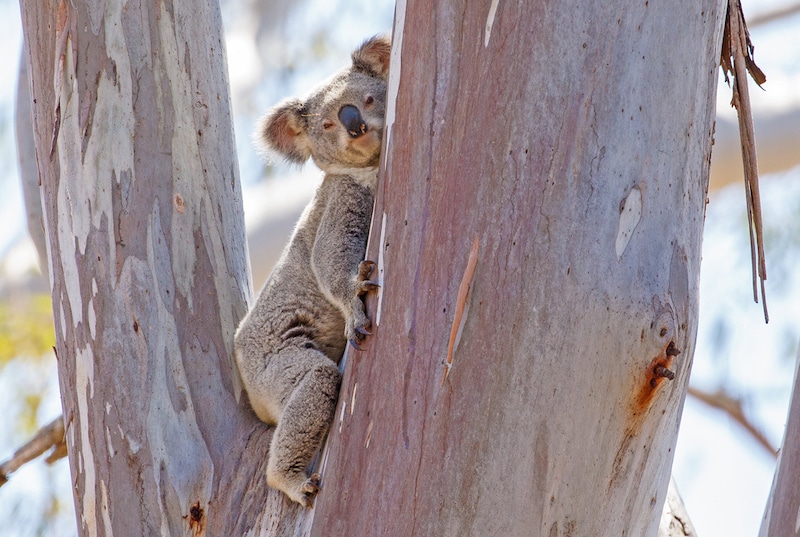 The mammals, reptiles, and amphibians of Australia are as incredible and unique as the birds and always provide interest, whether it is a Koala (Phascolarctos cinereus) pictured above lazily watching the human observers down below, or any of the following cast of Platypus (Ornithorhynchus anatinus), Short-beaked Echidna (Tachyglossus aculeatus), Numbat (Myrmecobius fasciatus), or one of many species of kangaroo, wallaby, or possum that really adds to the birding experience of this fascinating country.