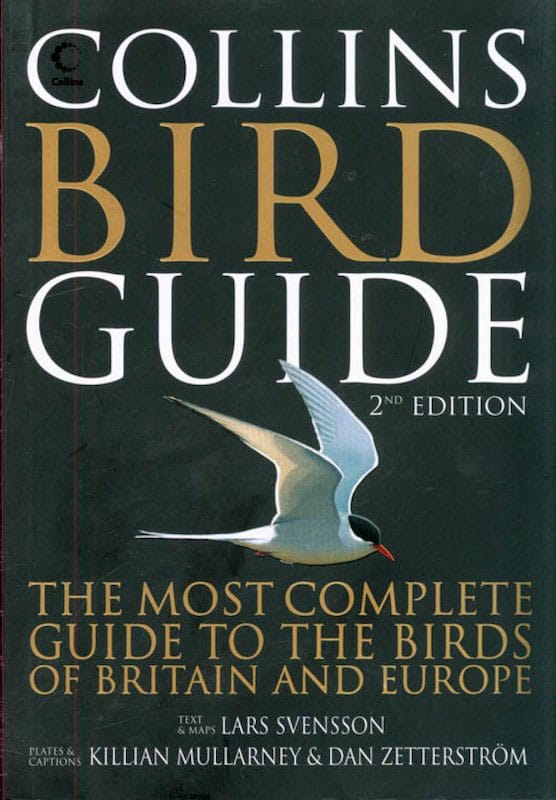 It’s now over 10 years since I first got my hands on what has become my birding bible. I remember the buzz when the Collins Bird Guide finally came out. There were a few minor flaws in that work; unsurprisingly as it had been in gestation for such a long time a fair amount of taxonomy had moved on. It was however the first field guide to try and describe Taiga Flycatcher – now elevated to full species status – and I well remember how we used it when discussing the ‘interesting’ Red-breasted Flycatcher on St Agnes in October 1999.

Why on earth are the Bean Geese not split? – Fatbirder

So what do we get in the second edition? Well for a start, to feature a lot of the new species and subspecies, it is 10% thicker. This isn’t noticeable until you put them side by side. It is still truly portable and remains a true fieldguide though I will wait for the paperback copy to actually take into the field. This was the one book that made carrying a fieldguide sexy again.

Many of the plates appear to have been redrawn, especially the Gulls and Shrikes and many plates seem more vibrant – I wasn’t complaining about the originals either. What about the important changes to the species accounts? Well much of the texts and all the maps seem to have been revised and updated in line with modern ID and distribution studies.

Species such as Lesser Scaup now feature properly for the first time – a glaring omission last time out. Also new in the vagrant Duck section are full accounts for Green-winged Teal and the recently split White-winged Scoter. In order to keep the guide to a manageable size one or two exotics have been dumped to the introduced and vagrant species. Mandarin is one such species which is strange since a sizeable and important population exists in the UK whilst Lady Amherst’s Pheasant which is practically extinct in the UK remains in the main section.

The species order is now the one familiar to most readers of The Grebe or the LROS Bird Report, starting with Swans, Geese and Ducks. The sweeping changes recently adopted by the BOU which makes sweeping changes to the passerines has sensibly, at this time, not been adopted. One or two surprises appear and seem quite arbitrary. One example is why the Great Grey Shrike complex remains intact with the exception of Iberian Grey Shrike being split – what happened to the accepted split into Southern Grey Shrike including Steppe Shrike? In fairness the authors recognise that taxonomy issues are fluid. A similar but arguably correct taxonomic decision is to retain Lesser Redpoll in the Common/Mealy complex.There are also a few name changes that will be unfamiliar to many birders; Eastern Olivaceous Warbler suddenly becomes Isabelline Warbler for example. Possibly my biggest gripe and that does seem a bit churlish given how good this book is – is why in an English translation have they insisted on sticking with the American Loon instead of Diver?

So I suppose the question is – why when I’ve already got a perfectly good first edition should I pay for a newer version? Well even at the cover price of £25 this is a bargain and when you can but it online for around £16 there is just no reason not to – they’re almost giving it away. This book will be the first thing in my holiday suitcase this year – it’s that good!