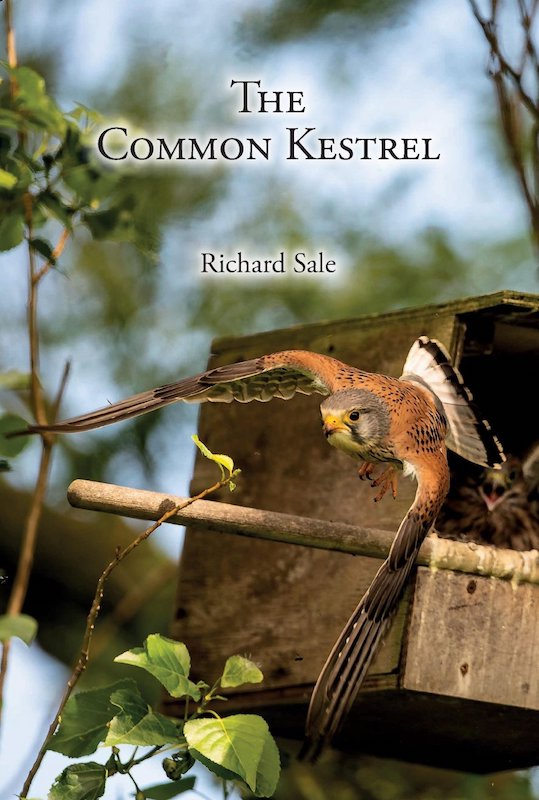 It is not many years since most journeys along the UK’s motorway system involved at least one sighting of a small chestnut-coloured bird hanging motionless about the road verges. The bird was the Common Kestrel, its ‘hovering’, now officially called ‘flight-hunting’ to distinguish it from the true hovering of hummingbirds, being a characteristic that separated from the other raptors (birds of prey) that breed in the British Isles.

But times change. The management of motorway verges have made them less attractive as hunting grounds and, more importantly, the population of Kestrels has sharply declined, a decline which continues as the intensification of agriculture and the populations of other raptors increases. The Common Kestrel investigates that decline, after first exploring all aspects of the Kestrels’ life, from plumage and diet through breeding to survival. Data for this investigation were collected from across the Kestrel’s range, but also includes a four-year study in which video cameras were installed to watch breeding behaviour in a barn in southern England. A further study also investigated the flight of the falcons using the modern technology of inertial measurement units and hi-speed photography. Allied to excellent photography, the result is a comprehensive book on this most fascinating of small raptors.

Like its companion volume (Merlin) this is a very comprehensive study of our most familiar bird of prey. It draws upon years of academic ornithological study to look at its decline in the UK. Despite being a detailed scientific monograph, it is accessible and will be of interest to even a casual birder as well as a raptor specialist (although some will baulk at the hefty price). One reason it is so accessible is the use of very good images, both photographic and drawn. The author’s background in a completely different scientific tradition, from physics and aerodynamics gives him a unique perspective and is another reason it is so accessible. He has become a raptor specialist through studying the physics of their flight so combines scientific rigour with the amateur birder’s delight in birds. Rarely has such a combination resulted in iconic monographs.