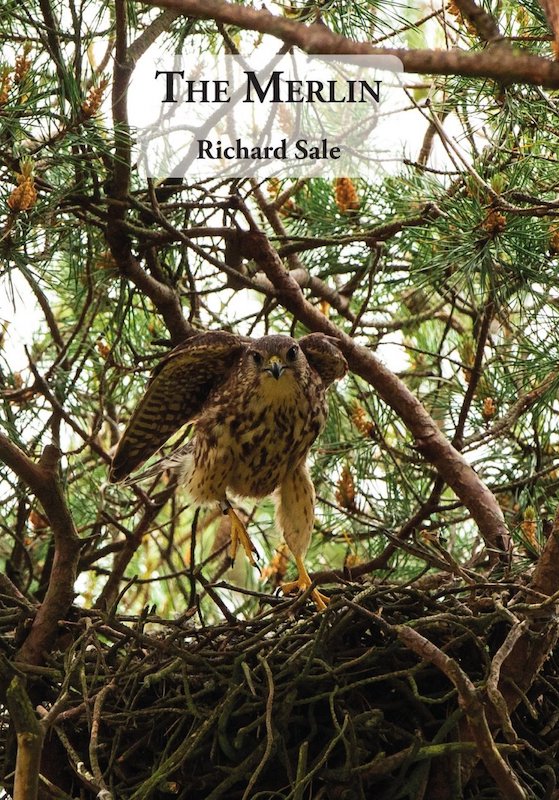 The Merlin is a very special bird. One of the smallest ‘True Falcons’, it stands outside the usually assumed grouping of the others, and also prefers a habitat which differs markedly from them. While most falcons are found in warmer climes, the Merlin is a northern dweller, occupying a circumpolar range at the fringes of the Arctic. Only the Gyrfalcon has a range which extends further north, though sub-species of that remarkable traveller the Peregrine Falcon also breed in the Arctic. With its fast, agile flight the Merlin was popular with medieval falconers who thrilled at its ‘ringing’ flight in pursuit of larks.

Today, changes in legislation mean the species is much less often seen as a falconry bird. It might be assumed that with its vast range the Merlin has been well studied, but nowhere is it common, and much of its habitat is difficult to reach and work in, though the falcon’s recent enthusiasm for urban-dwelling in North America has made it more accessible and its biology and ecology have become better understood. This book draws together what is currently known about this elusive, but beautiful and enchanting species.

“[…] Sorry, Merlins, I was remiss to neglect you. The Merlin reveals a fascinating bird, as well as an interesting look at the studies that have shed light on it. It is required for anyone working with this falcon, and recommended to other ornithologists, as well as birders and falconers who’d like to know more about it.”
– Grant McCreary (20-10-2015), read the full review at The Birder’s Library

Like its companion volume (Kestrel) it is a very comprehensive study of our smallest falcon, and also covers its entire range and draws upon years of academic ornithological study. Despite being a detailed scientific monograph, it is accessible and will be of interest to even a casual birder as well as a raptor specialist (although some will baulk at the hefty price). One reason it is so accessible is the use of very good images, both photographic and drawn. The author’s background in a completely different scientific tradition, from physics and aerodynamics gives him a unique perspective and is another reason it is so accessible. He has become a raptor specialist through studying the physics of their flight so combines scientific rigour with the amateur birder’s delight in birds. Rarely has such a combination resulted in an iconic monograph.